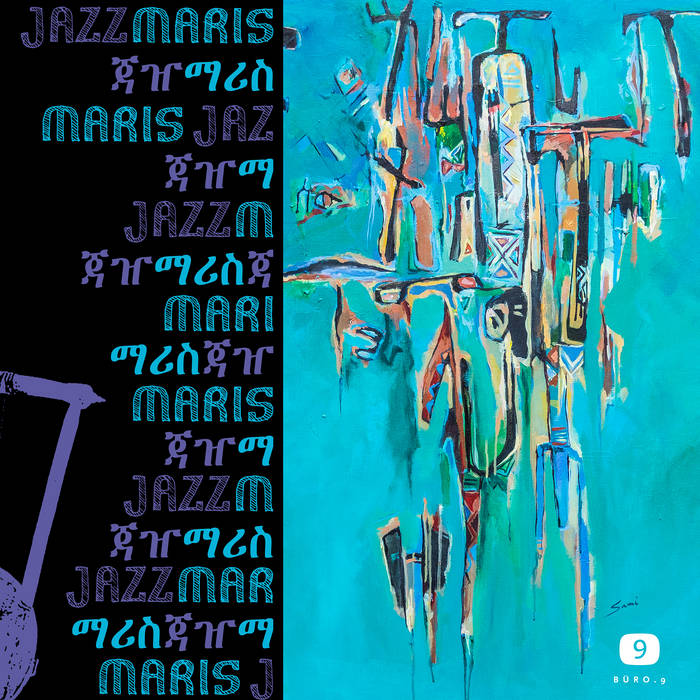 The band name Jazzmaris is a combination of Jazz and ‚Azmaris‘, which is the name of the traditional musicians of Ethiopia. Based on traditional Ethiopian melodies, scales and rhythms, this unique style became famous through Mulatu Astatke also called EthioJazz.

Besides sensitive to explosive interpretations of EthioJazz standards and songs of Mahmoud Ahmed, Telahun Gessesse and Girma Beyene, own compositions reflect the long stays in Ethiopia and the intensive experience with the Ethiopian sound.

Saxophone player Olaf Boelsen und guitar player Jörg Pfeil were part of the EthioJazz-scene in Addis Ababa for many years and contributed to its growth. Alongside with other projects like ‚Jump to Addis‘ (Serie Ethiopiques, Buda Musique, Paris) and Munit & Jörg, Jazzmaris had an active role in the Ethiojazz-scene in Addis Ababa.

The recent trio creates a remarkable sound through instrumentation as well as refined interaction: Coco Kausch on his 7-string violin switches roles between a sparkling soloist and safe accompanist weaving lines on his low strings. He easily integrates his masinqo (Ethiopian 1-string violin) techniques in melodies and solos on his modern instrument which makes his playing unique.

Jörg Pfeil, well experienced in Ethiopian song accompaniment on his guitar, puts the energy of Rock‘n Roll into the interactions showing the rhythmic sources of the music. At the same time he integrates his sensitive and experimental lines and harmonies.

Olaf Boelsen, a reference of modern Ethiopian saxophone playing, sticks out with his remarkable sound. Influenced by the traditional flute ‚washint‘, the music and technique of the legendary Ethiopian saxophonist Getachew Mekurya and various Ethiopian song-lines, he develops a sound which enhances lyrical, explosive and modern elements. His compositions and arrangements show the simplicity as well as the variety of Ethiopian melodies.

Bandcamp Daily  your guide to the world of Bandcamp